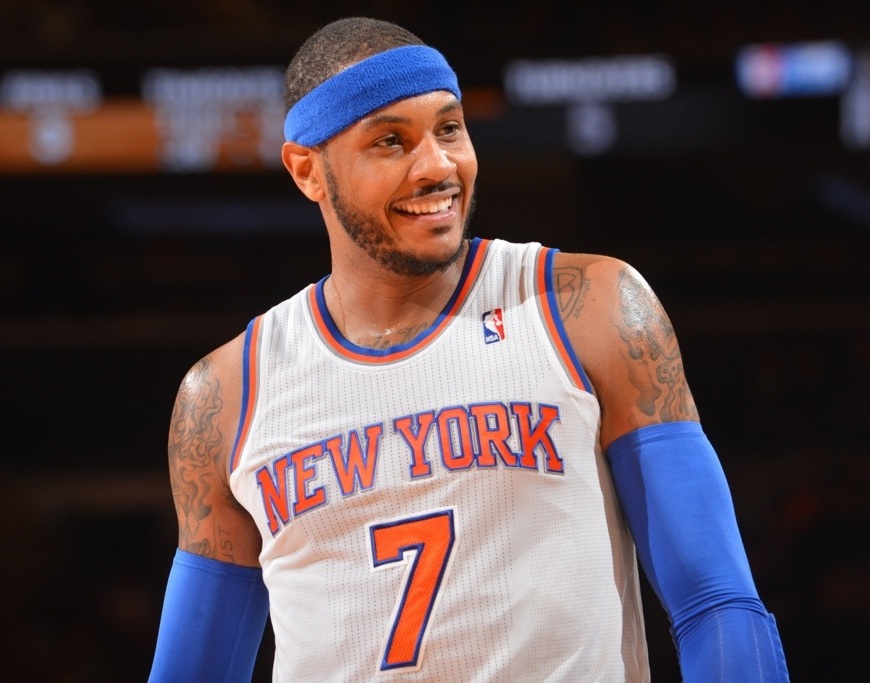 It’s that time of the year, March Madness is less than a week away! With conference tournaments in full swing and the NCAA Tournament set to tip off next week Jordan Brand is hitting us with a timely ‘College Collection’ release. Releasing today 3/8 as part of this collection will be the signature shoes of Jordan Brand headliners Carmelo Anthony, Dwyane Wade, and Chris Paul. … END_OF_DOCUMENT_TOKEN_TO_BE_REPLACED

With the 2012 NBA All-Star game behind us lets take a look back at some of the best sneakers sported by the All-Stars. Among the kicks worn were Jordan signature shoes from Dwyane Wade, Carmelo Anthony, and Chris Paul as well as Nike signatures shoes from LeBron James, Kobe Bryant, and All-Star Game MVP Kevin Durant. Perhaps the biggest sneaker statement was made by Rajon … END_OF_DOCUMENT_TOKEN_TO_BE_REPLACED

All black everything is definitely the name of the game with this latest colorway of the Jordan Melo M8. Last week Nike Basketball dropped the ‘Blackout’ LeBron 9, this week Jordan Brand drops the ‘Triple Black’ Melo M8. Does the ‘Triple Black’ Melo M8 do the trick for you? Check out the rest of the images below and tell me what you think. Retail: $135 END_OF_DOCUMENT_TOKEN_TO_BE_REPLACED