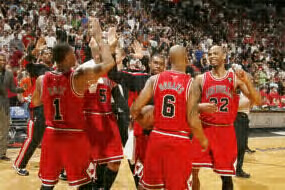 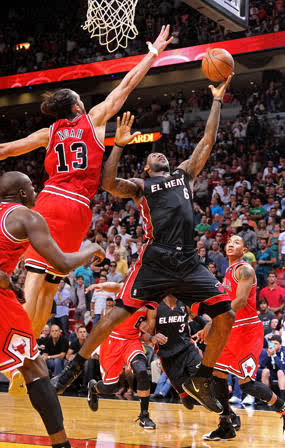 Pressure is bursting pipes in Miami. The Heat lost to the Chicago Bulls tonight 87-86. The loss drops the Heat to 0-3 against Chicago and is their fourth straight loss. The Heat have now fell to third in the East.

The Heat again faltered down the stretch as LeBron James and Dwayne Wade missed go ahead shots in the final seconds. Luol Deng made two free throws to put the Bulls ahead 87-86 with 12 seconds left. On the Miami’s final possession, they again chose to go to LeBron. LeBron would attack the basket, but miss layup attempt over the outstretched hand of Joakim Noah. Wade would grab the offensive board but missed a baseline jumper as time expired.

The Bulls are now in sole possession of second place, and are proving that they improved the most this off-season and not the guys from down south. The loss tonight had Heat players crying in the locker room. The heat is on the Heat, let’s see how they respond.