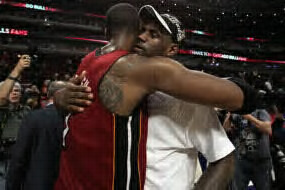 Down 12 with 3 minutes to play, the Miami Heat went on a 19-4 run to end the game. LeBron James once again came through in the clutch making two huge threes, including one that tied the game at 79. James would then hit a deep jump just inside the arch to give Miami a 81-79 lead. Chicago’s Derrick Rose got to the line on Chicago’s next possession but missed the second of two free throws. After two Chris Bosh free throws the Bulls were down 83-80. On Chicago’s last possession Mr. Clutch LeBron James would block Derrick Rose’s 3-point attempt as time expired. During Miami’s rally, DWayne Wade came through with a 4-point play. 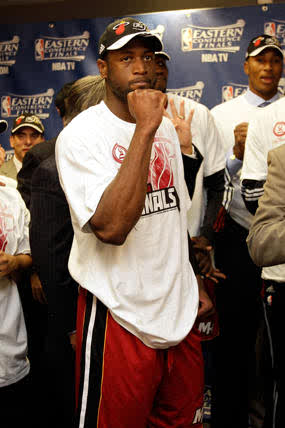 LeBron James led Miami with 28 points, 11 rebounds, 6 assists, and 2 rebounds. 12 of James’ 28 points came in the fourth quarter. DWayne Wade had 21 points, 10 of which came in the fourth. The third member of Miami’s big 3, Chris Bosh had 20 points, and 10 rebounds. Derrick Rose scored 25 points for Chicago and Luol Deng added 18.

The 2011 NBA Finals will be a rematch of the 2005 NBA Finals as the Miami Heat will battle the Dallas Mavericks for the Larry O’Brien Trophy. Miami fans are hoping that history repeats itself.

The King’s dinner is complete, it is now time for dessert…