Ray Allen the NBA 3-point King and King of Jordan PE’s rocked his PE Air Jordan XIII during his record breaking night. The white and green colorway featured his Sugar Ray logo, and had the patented Sugar Ray nickname stitched on them. Celtics fans and Sneakerhead’s worldwide were left in awe with the sight of these PE’s. All those fans and Sneakerhead’s can scream in excitement because Jordan Brand will be releasing a limited number of the Sugar Ray Air Jordan XIII PE.

Sneakernews broke the news that Jordan Band will be releasing these PE’s along with a limited Sugar Ray tee on July 16th. They will be releasing at the House of Hoops in Cambridge, MA and at Solefly in Miami, FL. The lines are sure to be crazy with a large amount of people camping out. Check out the pics below from Sneakernews and tell me if you will be camping out for these.

Check back with kicksandthings for the retail price and the number of pairs that will be released! 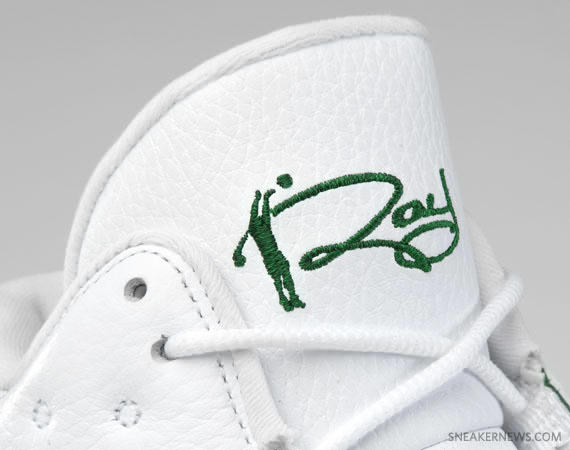 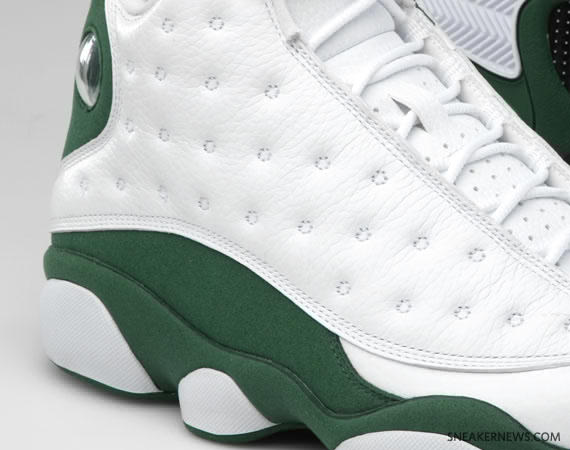 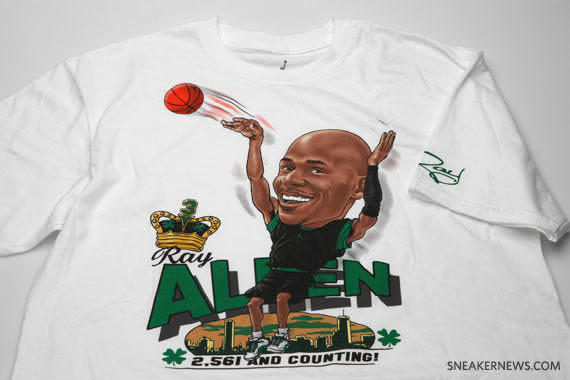