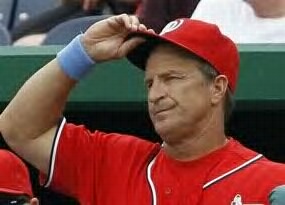 With the Washington Nationals playing their best baseball in a long time, Manager Jim Riggleman wanted to discuss having his option for next season picked up. He told GM Mike Rizzo that if the team wouldn’t pick up his option for next season he would quit. After Rizzo refused to discuss the matter with Riggleman during the season, Riggleman made good on his promise and quit thursday morning.

It was a move that came as a surprise, as the Nationals have won 11 of their last 12 games. Riggleman felt that he deserved better and was tired of being treated as an Interim Manager, living season by season so he quit. Riggleman took over for Manny Acta in 2009 and has since signed two 1-year deals after each season.