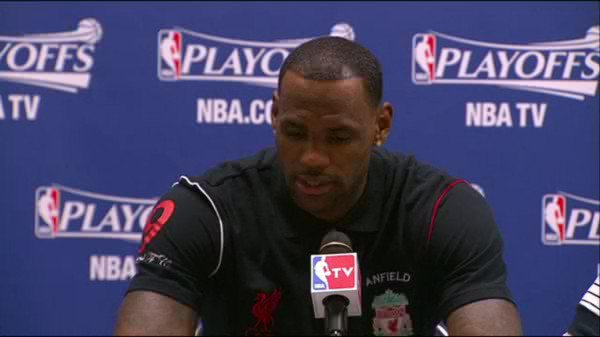 August 26, 2011, the most hated athlete in sports, Lebron James, did the unthinkable. He bought into a football club. Not just any club either…he is now a full supporter of Liverpool FC. If you’ve lived under a rock for all of your life, Liverpool FC is a huge deal all over the world…well, except for the United States; for now at least. They are a global dynasty in the realm of soccer fan’s support, merchandising and trophies. The second most successful club in England now has a young, brash, American to “assist” further in bringing the beautiful game to America. And he got it off to a roaring start. During this year’s NBA playoffs, he wore a Liverpool jersey at the podium. The international press loved it while the American press saw it as just another t-shirt.

With the “King” now part of the Reds, they’ve turned their fortunes around vastly from last year (Just like he did in Miami, albeit they lost in the finals). James, along with a new Liverpool management team, has vowed a renewed vigor and excitement to the team that was missing for the past two years. This year Liverpool have started out of the gate roaring without their number one guy and captain mid-fielder, Stephen Gerrard; who will be out for another two months at best. I won’t say that this is due to the King’s touch, but ignoring his influence is just pure hating.