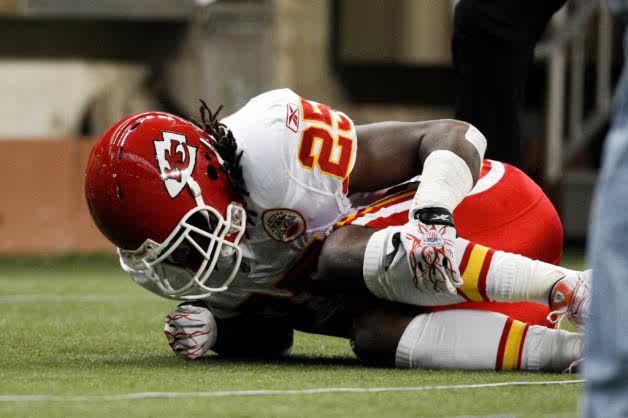 Kansas City Chiefs All-Pro RB Jamaal Charles will miss the remainder of the season after tearing his ACL in his left knee during yesterday’s loss to the Detroit Lions.

Charles’ injury leaves the Chiefs without their best players offensive and defensive players. Last week star safety Eric Berry also tore his ACL and will be out for the season.

With these two major injuries coupled with Matt Cassel playing poorly, it is safe to say that the Chiefs won’t be repeating as AFC West champions and won’t be returning to the playoffs.