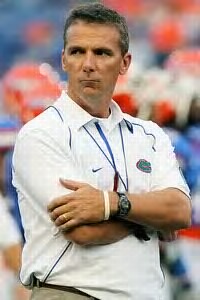 Urban Meyer will be leaving the television booth and heading back to the sidelines, as he was named the new Ohio State head football coach monday.

The deal will pay Meyer $4 million a year for six years. Meyer led the Florida Gators to two National Championships in 2007 and 2009. He also led the Utah Utes to it’s first undefeated season and a BCS Bowl victory over the Pitt Panthers in 2005.