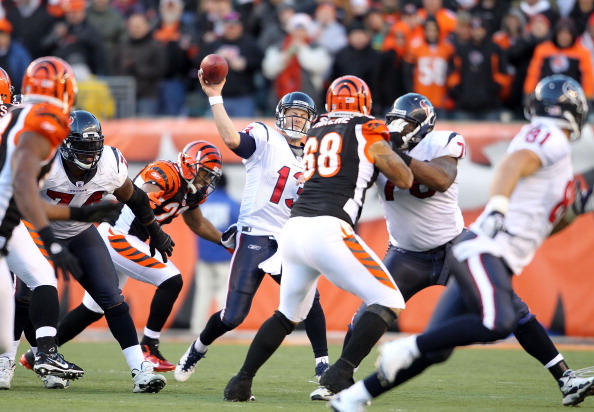 What’s the old adage defense wins championships? Defense is the name of the game for the Houston Texans as they boasted one of the league’s top defenses. But their instability at the quarterback position can’t be ignored. They will have to rely heavily on Arian Foster to carry the load offensively as TJ Yates has struggled of late and Andre Johnson is still gimpy with hamstring injuries.

Cincinnati on the other hand is led by two rookies, quarterback Andy Dalton and wide receiver A.J. Green. That combination must be lethal in order to get past the Texans. With much of the attention being paid to the passing attack, a big game from Cedric Benson on the ground will be crucial for the cats.

In the end I believe Cincy will score just enough points on the road and upset the injury plagued Texans, 20-17. 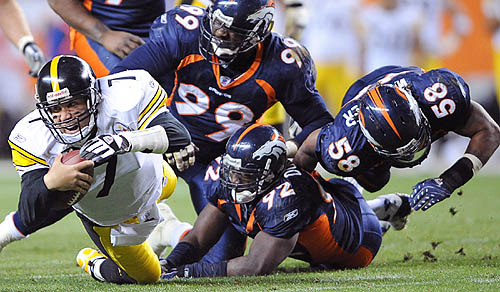 Tebow Time has come to a screeching halt the last three weeks as the Broncos lost their last three games and back peddled into the playoffs. It seems as if teams have decided to use a cover 1 man to confuse and box in Tim Tebow and force him to make poor decisions. I imagine Pittsburgh will do some of the same so the pressure falls on the Broncos defense to keep them close and Willis McGahee to put up big numbers.

Pittsburgh comes into this game very banged up. Ben Roethlisberger is still feeling the effects of a Sprained ankle but he always seems to play better injured. The Steelers will be without starting running back Rashard Mendenhall who tore his ACL and safety Ryan Clark who cannot play due to a blood condition that can cause him to become ill in higher elevations. I do not think these injuries will hurt the Steelers much as the Broncos offense is primarily a run offense so they won’t have to defend the pass as much. Also, I believe the Steelers will challenge the Denver secondary much like New England and Buffalo did.

Although I am a Tebow supporter and know that with Tebow anything can happen, especially late in the game, I like Pittsburgh in this one 20-10.