The New England Patriots are heading to their seventh Super Bowl escaping with a 23-20 victory over the Baltimore Ravens.

Down 20-16, Tom Brady dove over the pile for a touchdown to give the Patriots a 23-20 lead early in the fourth quarter. The score would remain the same as the Ravens looked to tie or win the game on the final drive. Joe Flacco seemingly connected with Lee Evans for a game winning score but the Patriots’ undrafted rookie cornerback Sterling Moore dislodged the ball from Evans at the last moment. With 11 seconds remaining Baltimore kicker Billy Cundiff hooked a 32-yard game tying field goal.

New England would take kneel down and punch their ticket to Super Bowl XLVI. 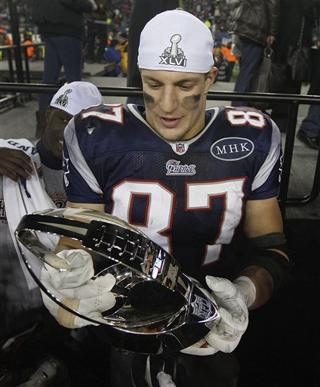 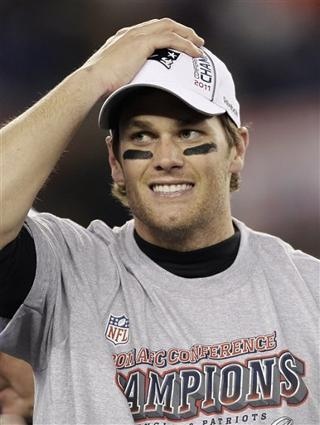 Super Bowl XLVI will be a rematch of Super Bowl XLII as the New York Giants edged past the San Francisco 49ers 20-17 in overtime.

With the game tied at 17 with 2:04 remaining Alex Smith took the field looking to lead his team to victory. The Niners went three and out and left 1:18 on the clock for Eli Manning. Eli would fail to score and was forced to punt with 27 seconds left. The game would go to overtime.

The Giants won the coin toss and got the ball first in OT. The 49ers would prevent the Giants from scoring on their first drive. On San Francisco’s first possession they too failed to score. Eli and the Giants would start their next possession on their own 35 but Justin Smith and the 49ers defense would come up with a stop. On the ensuing punt return San Fran rookie kick returner Kyle Williams who muffed a punt earlier was stripped of the ball and the Giants recovered. 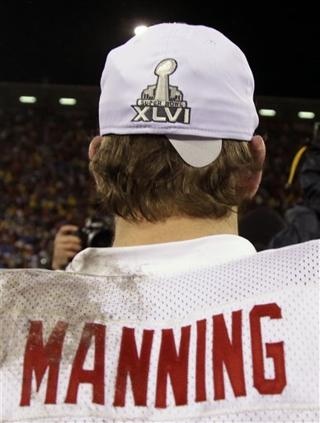