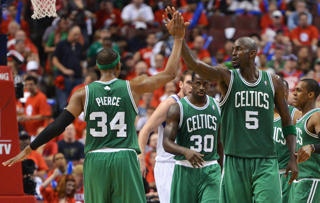 The Boston Celtics regained control of the series in emphatic fashion, wiping down the Sixers 107-91 in game 3.

Paul Pierce set the tone early with two loud and emphatic dunks. Pierce who has been struggling with a sprained MCL, had his best game of the series scoring 24 points and grabbing 12 rebounds. Kevin Garnett took over in the second quarter scoring 13 of his game high 27 points. Garnett also had 13 rebounds. Rajon Rondo orchestrated another beautiful game with 23 points, 6 rebounds, and 14 assists. Thaddeus Young led the Sixers with 22 points.

The Celtics will look to take a commanding 3-1 series lead in game 4 from Philly Friday night. 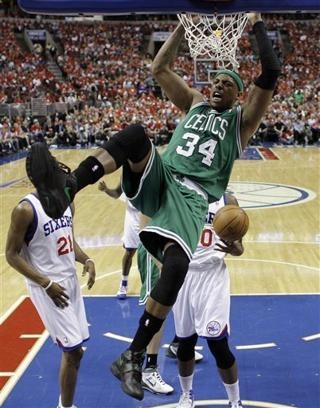 The Oklahoma City Thunder used a 9-0 run in the final two minutes to pull out a 77-75 victory over the Los Angeles Lakers in game 2.

MVP runner-up Kevin Durant through for the Thunder when they needed it the most. First, Durant came up with a huge steal and dunk to pull the Thunder to within three points 75-72 with less than two minutes to play. Then with the Thunder down 75-74 Durant hit an7-foot baseline floater to give the Thunder a 76-75 with 18.6 seconds remaining. Steve Blake would miss a 3-point field goal with a second remaining. 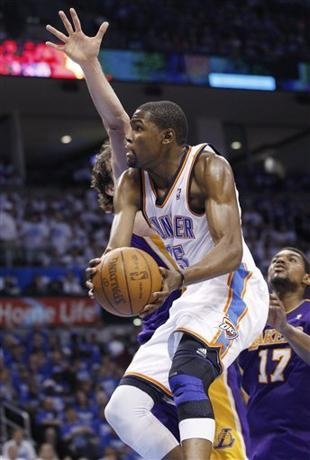