Ichiro Suzuki I heading to the Pinstripe Gang, after being acquired by the New York Yankees for two minor league pitchers, D.J. Mitchell, and Danny Farquhar.

Ichiro spent the first 11-plus seasons of his career with the Seattle Mariners, where he was a 10-time all star, and both Rookie of the Year and AL MVP in 2001. Ichiro also adds 10 hold gloves and 2 batting titles to his Hall of Fame resume. Suzuki, at the age of 38 has struggled this season. 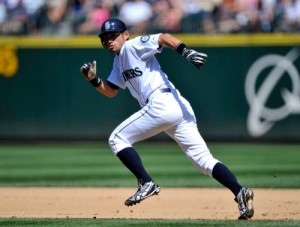