The San Francisco Giants are heading back to the works series for the second time in three seasons after defeating the St. Louis Cardinals 9-0 Monday night in game 7 of the NLCS.

The Giants got off to a hot start in game 7 and never looked back. After trailing 3-1 in the series, the Giants battled back to take the final three games of the series. The Giants also rallied to win three straight in the NLDS after trailing the Cincinnati Reds 2-0.

The Giants will take their never say die attitude into the World Series against the Detroit Tigers. 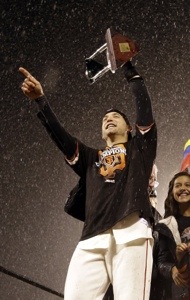