After losing a heart breaker last year, the San Francisco 49ers came back from an early deficit to win the NFC Championship and punch their ticket to Super Bowl XLVII.

Matt Ryan went down went down with a valiant effort. He pass for 396 yards, 3 touchdowns and an interception. Julio Jones caught 11 passes for 182 yards and 2 touchdowns.

The 49ers will now wait to see who their opponent will be for Super Bowl XLVII in New Orleans. They will meet the winner of the AFC Championship Game between the New England Patriots and the Baltimore Ravens. 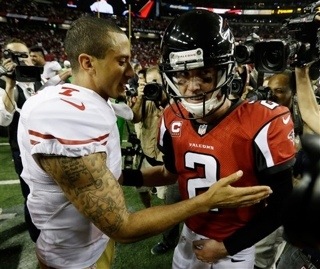