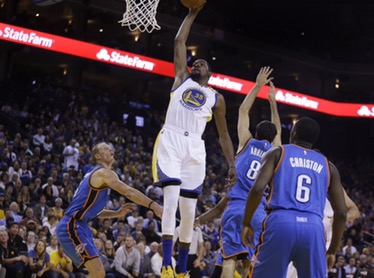 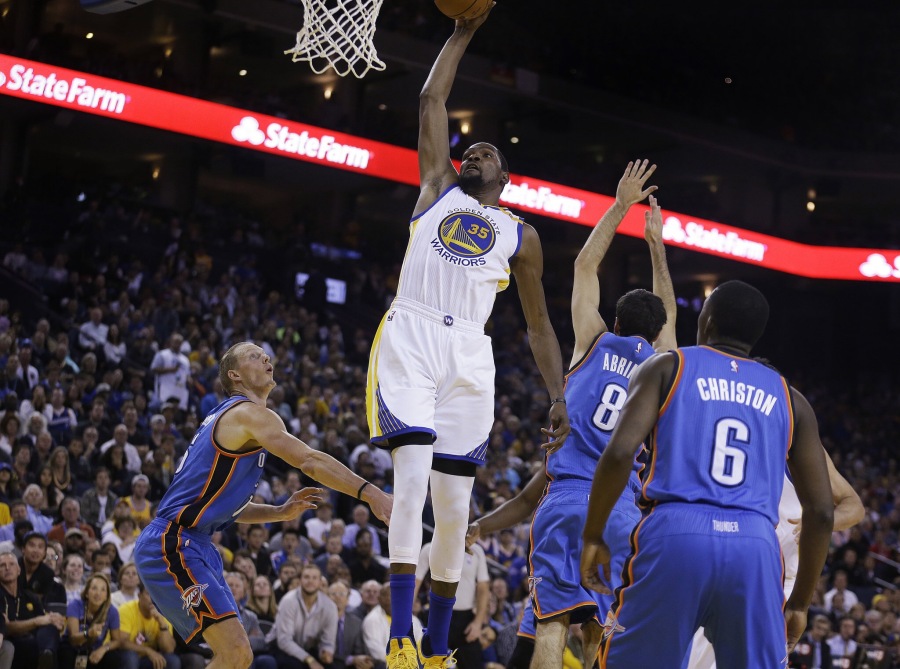 In the much awaited first matchup between Kevin Durant’s Golden State Warriors and Russell Westbrook’s Oklahoma City Thunder, it was KD and the Warriors that took round one. OKC raced out to a early lead but come the second quarter the Warriors had a big lead that they would never surrender en route to a 122-96 win.  Durant led the way with 39 points and 7 rebounds.  Westbrook finished with 20 points and 10 assists.