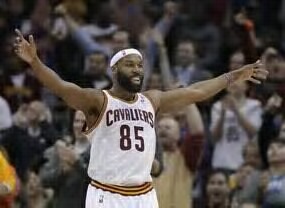 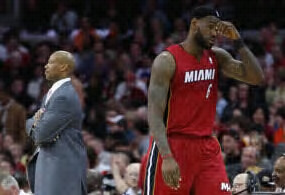 LeBron James’ second return to Cleveland didn’t go as well as the first.
The Cleveland Cavaliers turned the tables and defeated the Miami Heat 102-90 tuesday night.

The Cavs came out with a lot more fight and heart. They treated LeBron as if he was an opponent and not a teammate. There wasn’t any smiling amongst opposing players and the Cavs wanted nothing to do with James’ antics. With only a handful of games left in Cleveland’s season, this was their NBA finals and they played like it was. For one night only the city of Cleveland got its measure of revenge against LeBron. LeBron will look to get the last laugh in the playoffs.

For one night only the Cleveland Cavaliers made LeBron and the Miami Heat witnesses.