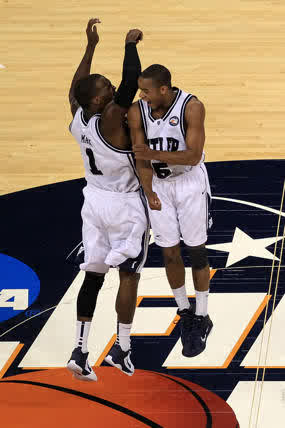 Shelvin Mack and the Butler Bulldogs are returning to the National Title Game for the 2nd straight year.

For Shaka Smart’s VCU Rams the clock has struck midnight. VCU, a team that thrives off of 3 point field goals, struggled from behind the arch. Point guard and tone setter Joey Rodriguez struggled against the stronger Mack, finishing with 3 points and 7 assists. Jamie Skeen led VCU with 27 points.

Butler will now await the winner of the UConn/Kentucky game, and a matchup in monday’s National Title Game.