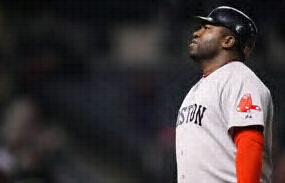 The Boston Red Sox fell to 0-5 on the season with a 8-4 loss to the Cleveland Indians last night.

The Indians were sparked by a 2-run homer from Shin-Soo Choo and a 3-run blast by Asdrubal Cabrera. The lone bright this season for the Red Sox has been Adrian Gonzalez. Gonzalez hit his first home run as a member of the Red Sox last night.

I know it is only five games into the season but panic meter is up high in Boston. Thursday nights game in Cleveland becomes almost a must win, with the New York Yankees coming to Fenway for a weekend series. Sox ace Jon Lester will attempt to right the ship tonight.