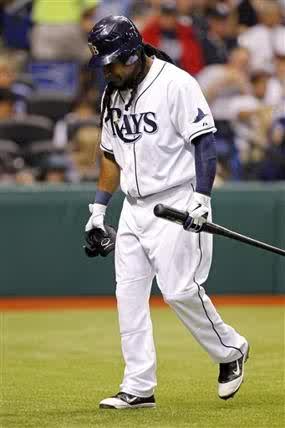 One of baseball’s best and most feared hitters of all-time has retired.

Manny Ramirez retired from baseball today after being notified of a second failed drug test for performance enhancers. Ramirez was just six games into his Tampa Bay Rays career when he was notified that he had failed a drug test administered in Spring Training. Since this was his second fail test, Manny would have had to serve a 100 game suspension.
Manny’s legacy has now been severely stained. His Hall of Fame career now comes into question and he will likely not make the hall. Ramirez’s numbers warrant a call to the hall but he is now clearly a steroid guy. Nobody implicated from the steroid era has made the Hall of Fame.

If Manny ever chooses to return to MLB he would have to serve the 100 game suspension.

It is a sad ending to a legendary career, but does Manny even care? I guess this is another case of Manny being Manny.