The Miami have a full dinner on their plates as the Chicago Bulls hammered the Heat in game 1 of their Eastern Conference Finals series. The Bulls got up in the faces of the Heat players and made them work for everything they got. Chicago showed why they were the leagues best defensive team, smothering LeBron James and Dwayne Wade. Chris Bosh was able to shake loose for a 30 point game. That being said, I’m pretty sure Chicago will take that trade off any day. Derrick Rose once again led the Bulls to victory scoring 28 points while abusing anyone Miami put in front of him. Chicago Taj Gibson was the hammer off the bench throwing down two monstrous dunks. The first was a vicious two-hand posterizing slam on Dwayne Wade and the second was a thunderous one-hand put back near the end of the game. 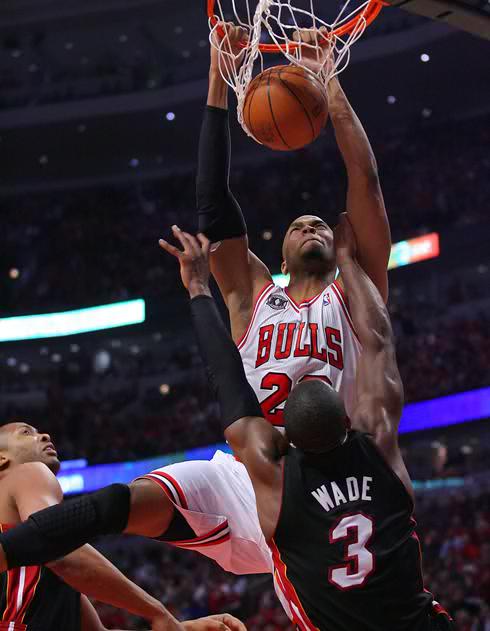