Ohio State QB Terrelle Pryor announced today that he will not be returning to Ohio State for his Senior season and will most likely enter the NFL Supplemental Draft.

Pryor, who was already facing a 5-game suspension for receiving improper benefits from a Columbus tattoo parlor, was at the center of other improper benefits scandals that led to the resignation of Head Coach Jim Tressel.

Pryor is expected to be a mid-round pick in the Supplemental Draft, with NFL teams having a moderate amount of interest in him. 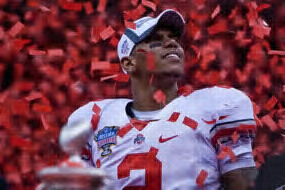