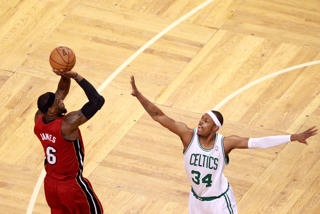 The Eastern Conference Finals are heading back to South Beach as LeBron James used a virtuoso performance to lead his Heat to a huge 98-79 victory in game six.

In perhaps his best and most important playoff performance LeBron James with a theatric scowl on his face poured in 45 points, 15 rebounds, and 5 assists. The Celtics were never really in the game as LeBron hit shot after shot. Dwyane Wade added 17 points. Rajon Rondo led the Celtics with 21 points and 10 assists.

The series will return to Miami for game 7 on Saturday night. The winner will advance to face the Oklahoma City Thunder in the NBA Finals. 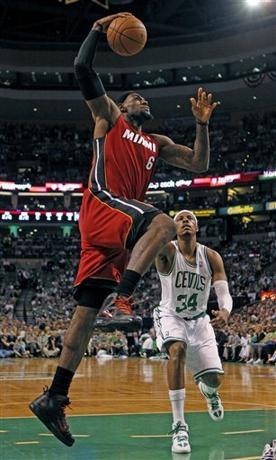