For the 8th time in 11 years the duck boats were back on the historic streets of Boston for another championship celebration.  This time it was the Boston Red Sox celebrating their 2013 World Series title that they clinched on Wednesday night.

The rally began at Fenway Park and ended with a trip into the Charles River.  The celebration came to a brief stop on Boylston Street, at the Boston Marathon finish line.  It was there on April 15 if this year where tragic Boston Marathon bombings took place.  Jonny Gomes placed the World Series trophy down on the finish line and draped it with a Red Sox Boston Strong jersey.  He then joined the rest of his teammates and the best fans in the world in singing God Bless America.

KAT was right there on Boylston Street to join in on the celebration.  Take a look at some of the photos we were able to capture of this tremendous rolling rally. 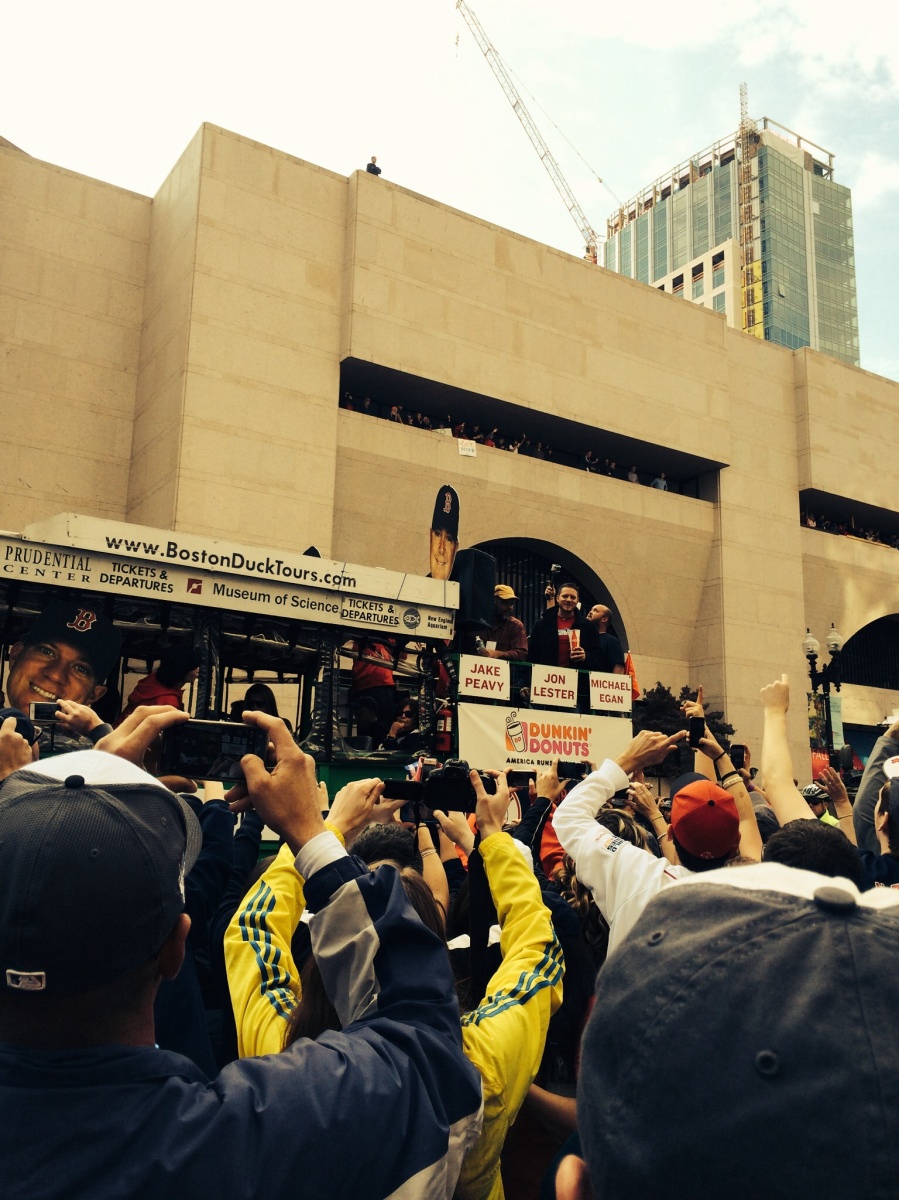 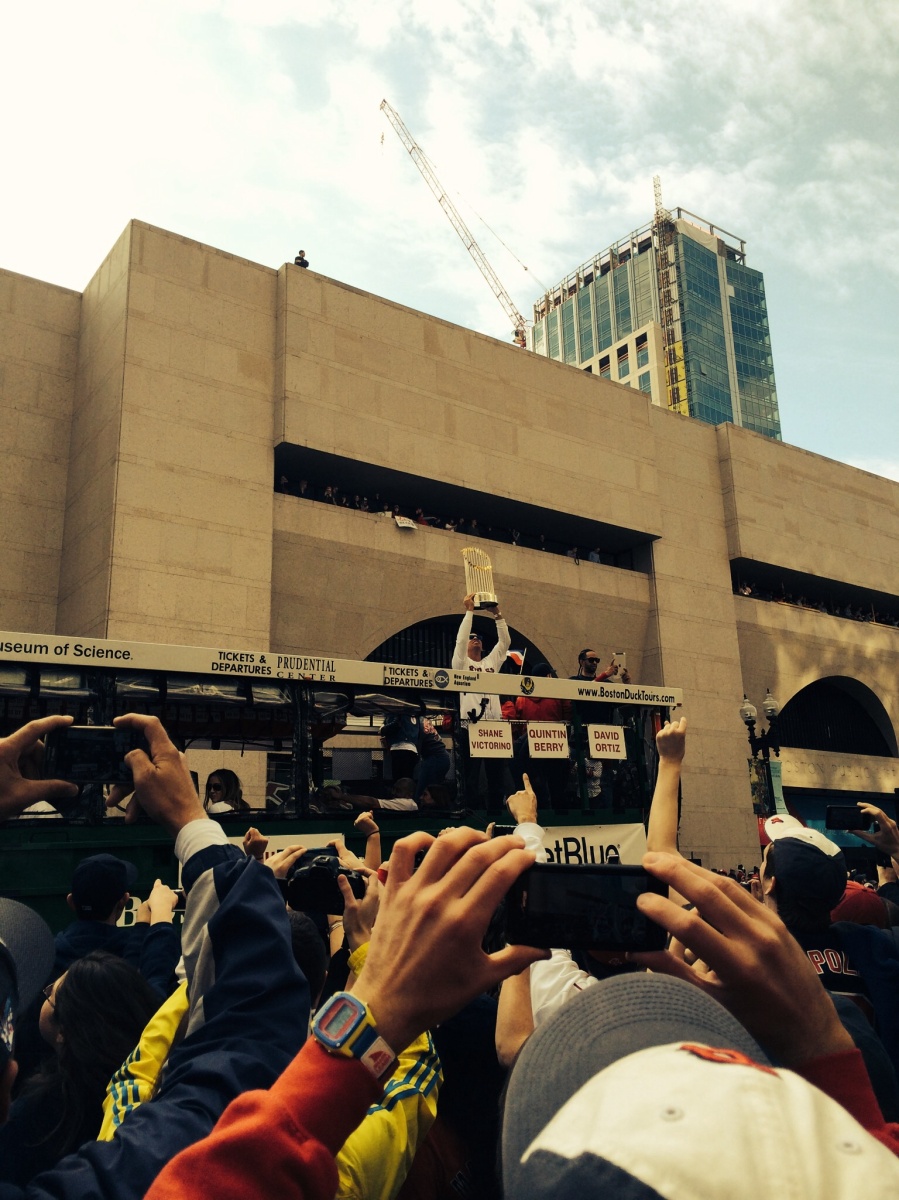