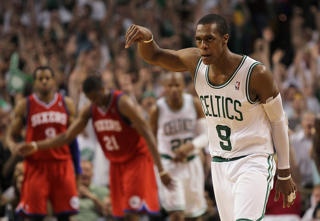 The Boston Celtics are once again heading to the Eastern Conference Finals as they finally dispatched the Philadelphia 76ers 85-75 in game 7.

With the Celtics up three and less than four minutes left to play Paul Pierce went out with his sixth foul. Surprisingly Rajon Rondo picked up the scoring slack. Rondo scored 11 of his 18 points after Pierce fouled out. Rondo made a two huge jumps shots late, including a deep three. He would also help seal the deal by making four straight free throws. Rondo also recorded his 9th career playoff triple-double with 18 points, 10 rebounds, and 10 assists. Kevin Garnett had another strong performance with 18 points and 13 rebounds. Andre Iguodala led the 76ers with 18 points.

The Celtics have only one day off before they head to Miami for games 1 and 2 of the Eastern Conference Finals. 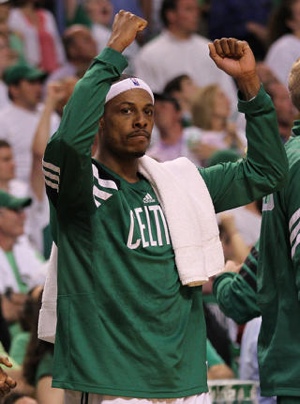