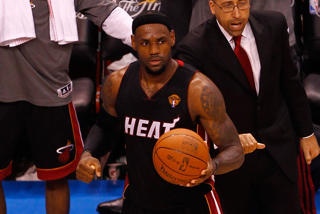 The Miami Heat survived a furious Thunder rally late to win game 2 of the NBA Finals 100-96 and even the series at a game apiece.

LeBron James banked in jumper with just over a minute left, and nailed all his free throws late. James finished with 32 points and 8 assists. Dwyane Wade pitched in with 24 points. Chris Bosh finished with 16 points and 15 rebounds in his first start since returning from injury. Kevin Durant led OKC with 32 points, while Russell Westbrook scored 27 points and James Harden had 21 points.

The series now moves to Miami for games 3-5, starting with game 3 on Saturday night. 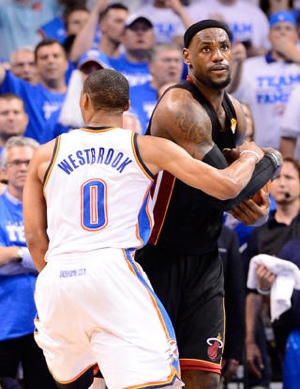